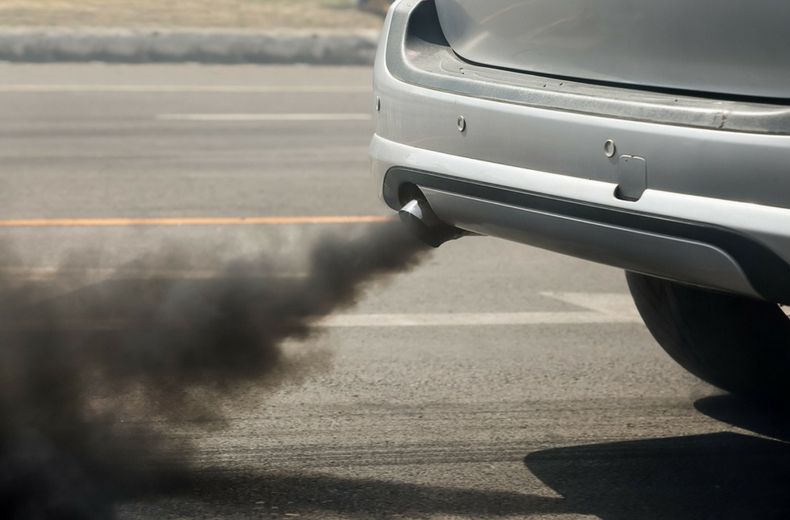 General Motors, Toyota, and Fiat Chrysler have formally sided with the Trump administration's dangerous attempts to illegally strip California and 13 other states of their long-held authority to set stronger clean car standards than the federal government.

If successful, they will set a dangerous legal precedent that could stop states from curtailing air pollution — costing consumers nearly half a trillion dollars in additional fuel costs, axing tens of thousands of American jobs making clean car technologies, and setting us back in our campaign to stop climate change. We need your help to fight back.

Call on the CEOs of GM, Toyota, and Fiat Chrysler to reverse course immediately and drop their misguided attack on clean car standards!

Transportation — from cars and pickups to tractor trailers, airplanes and more — is now the single-largest source of carbon pollution in the United States.

Strong clean car standards are at the heart of U.S. efforts to fight climate change and reduce air pollution from transportation. And for decades, a majority of Americans and many politicians on both sides of the aisle have supported states' authority to set stronger clean car standards than the federal government's.

These automakers previously claimed they wanted a compromise between state and Trump administration officials to avoid litigation and the business uncertainty that comes with it. Now, these three automakers have dropped the mask of compromise in favor of all-out war against the authority of California and other states to curb pollution from cars and trucks — risking our climate progress just to bolster their own profits.

Enough is enough. Tell GM, Toyota, and Fiat Chrysler to drop their assault on our climate progress and allow states to continue curbing air pollution on their own accord — as they've done since 1970. Send your urgent message to these short-sighted [or reckless?] CEOs NOW.

Not all automakers have taken this harmful step. Ford, Honda, BMW, and Volkswagen have committed to complying with more protective clean car standards, regardless of the federal government's attempts to roll them back.

Last year's U.N. Intergovernmental Panel on Climate Change (IPCC) report made clear that we MUST drastically reduce our carbon emissions immediately if we want to have any chance of avoiding climate catastrophe.

We need the strongest possible vehicle emission standards at this critical juncture in the fight against climate change. And NRDC is doing everything we can to stop Trump and his automaker cronies from chipping away at those rules.